ZUG, SWITZERLAND--(뉴스와이어) 2022년 03월 29일 -- Minecraft, the best-selling video game in history engaging more than 170 million players, will be able to earn Trilium, the native cryptocurrency in the Alien Worlds metaverse. Alien Worlds is one of the largest play to earn (P2E) blockchain games and NFT metaverse.

Launched in 2020, Alien Worlds has grown to be the second largest blockchain platform by monthly active users. In the game, users can play with unique digital items (NFTs), stake Trilium tokens, travel on Alien Worlds Missions to other planets, vote in elections, and run for planetary council. The game’s 6 planet DAOs compete with each other for Trilium, encouraging user collaboration.

The new interoperability bridge to the world’s longest running and most popular online building platform will have resounding effects in the traditional and blockchain gaming worlds. The bridge will accelerate the onboarding of non-blockchain gamers onto the Alien Worlds metaverse, and also due to the open sourced nature of the code developed - empower other Minecraft servers to earn play-to-earn rewards. Plus, it will allow other blockchain projects to tap into Minecraft's vast user base.

Additionally, this interoperability will offer traditional gamers the opportunity to earn assets, in this case Trilium, and soon NFTs, for completing quests. Players are able to exchange their digital assets freely, enabling them to earn real world utility by getting involved in Alien Worlds’ simulated economy.

“This bridge is significant in that we are linking one of the world’s most popular decentralized games to the blockchain, and opening up a world of new possibilities for Minecraft players through our social metaverse,” says Alien Worlds co-founder Saro McKenna. “We think our combination of economics, team strategy and earning will convert Minecraft players of all ages into Web3 players.”

Additionally, earning Trilium will allow Minecraft gamers to stake the fungible token to one of the Alien Worlds Planet DAOs, which hold some of the largest treasuries in the space. Staked Trilium translates into voting power to determine control of planetary treasuries. Minecraft players will not only be able to learn about DAOs, but also to participate in the collaborative, competitive and highly strategic environment that their gamification entails.

Alien Worlds is a breakthrough NFT Metaverse and one of the world’s most popular play-to-earn blockchain games, where users can play with unique digital assets (NFTs), stake Trilium tokens, travel on Missions to the planets, vote in elections, and run for planetary council. The game’s 6 planet DAOs compete with each other for Trilium, allowing users to collaborate, compete and strategize with one another.

With almost 7 million all-time players and more than 700,000 Monthly Active Users (number of unique wallet addresses interacting with Alien Worlds' smart contracts on a monthly basis, DappRadar), Alien Worlds has rapidly climbed the DappRadar ranking charts and inspired individuals to scale new heights of imagination in order to create, share and thrive in the Social Metaverse. 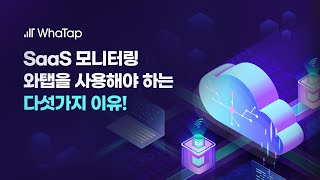 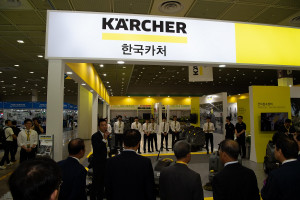